One thing’s for sure: no-one wants to live in a mouldy house! As we creep into the colder months, we start to hear mould complaints more and more - they increase the further into winter we go. There are simple steps you can take to attempt to combat mould. It’s very much a case of prevention is better than cure.

Mould grows when there’s too much moisture in the air. You’d be surprised how much moisture can come from your breath, but other activities in the home such as cooking and showering also add more moisture into the air. Statistics say that as much as 19 litres can be released every day!

Some new double glazing windows have trickle vents which allow for ventilation and mean that moisture in the air is released into the outdoors - you can leave these open at all times.

Keep your heating on constantly, but a lower temperature

Moisture will always be attracted to the coldest part of the room but having your heating on constantly will keep your bricks warm. We don’t want you to end up with massive bills, so just have it on low and that should be enough to keep your bricks consistently warm and stop condensation occurring and turning into mould.

Introduce a dehumidifier to your home

It can be very costly to run a dehumidifier in your home so it’s not the most cost effective option to remove moisture. However, if the situation calls for it, then you could bring one in to help combat the issue. Not only are they expensive to buy but they use a lot of electricity and are very noisy.

Make sure you keep rainwater at bay

Check your gutters, hoppers and gullys - clear out any leaves, these can be an issue particularly in the Autumn. If they are full, you risk water not running away from your home and a potential cause of damp. 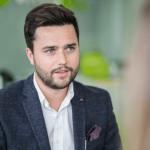